The DoJ is reportedly probing the murky world of bitcoin trading 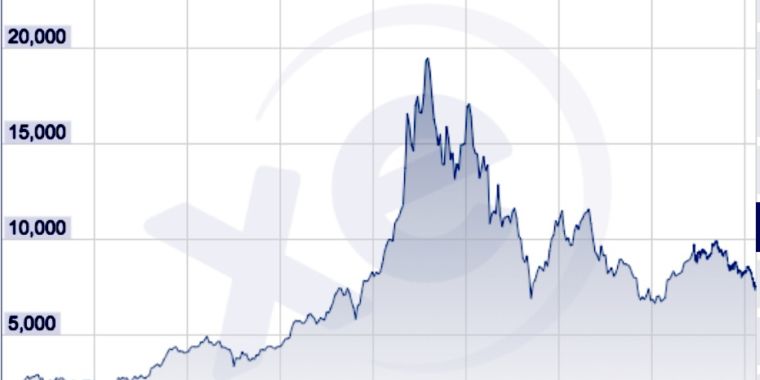 Bitcoin and other cryptocurrencies have taken a wild ride over the past 18 months. Now, according to Bloomberg News, the US Department of Justice has opened a criminal investigation into whether price manipulations have contributed to the meteoric rises and crushing falls. The coins prosecutors are examining include bitcoin and ether, which have both bounced up and down over the past 18 months.

In 2017, after bitcoin began the year with a price of about $1,000, it soared to just below $20,000 in December and then finished out the year at about $13,900. Ether followed an even steeper trajectory, beginning 2017 at about $8 and finishing at about $747. Prices for both currencies have experienced major volatility over the past six months.

The DoJ probe is focused on whether those price swings were caused by illegal trading practices that have long manipulated securities prices in more traditional markets, Bloomberg reported, citing four people familiar with the probe. One of the practices is known as spoofing. That’s when a trader floods an exchange with orders and then cancels them once the market price has moved in the desired direction.

Another practice, known as wash trades, occurs when people transact trades with themselves to give the market a false impression of demand. The lack of regulation and oversight in most of the exchanges where cryptocurrencies are traded make them a prime feeding ground for con artists and scammers. The US Securities and Exchange Commission has already opened dozens of probes of initial coin offerings for various cryptocurrencies, and those investigations have resulted in at least three prosecutions.

It’s not surprising to see the Justice Department is getting involved now, too.