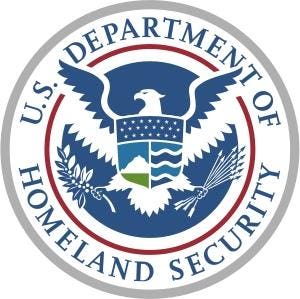 If you are thinking about tweeting about clouds, pork, exercise or even Mexico, think again. Doing so may result in a closer look by the U.S. Department of Homeland Security. The list was posted by the Electronic Privacy Information Center who filed a request under the Freedom of Information Act, before suing to obtain the release of the documents.

The documents were part of the department’s 2011’Analyst’s Desktop Binder’ used by workers at their National Operations Center which instructs workers to identify ‘media reports that reflect adversely on DHS and response activities’. The information sheds new light on how government analysts are instructed to patrol the internet searching for domestic and external threats. The Daily Mail’s article noted theElectronic Privacy Information Centerwrote a letter to the House Homeland Security Subcommittee on Counter-terrorism and Intelligence, describing it’s choice of words as ‘broad, vague and ambiguous’.

What wasn’t disclosed is how the agency actually gains access to the various search engines and social networks to monitor the specified keywords. My guess is the DHS has a ‘special arrangement’ with companies like Google , Facebook , Microsoft , Yahoo and Twitter to gain secure direct API access. This type of access would allow it to use distributed cloud technologies to monitor the daily flow of social media and search activity in something close to real time.