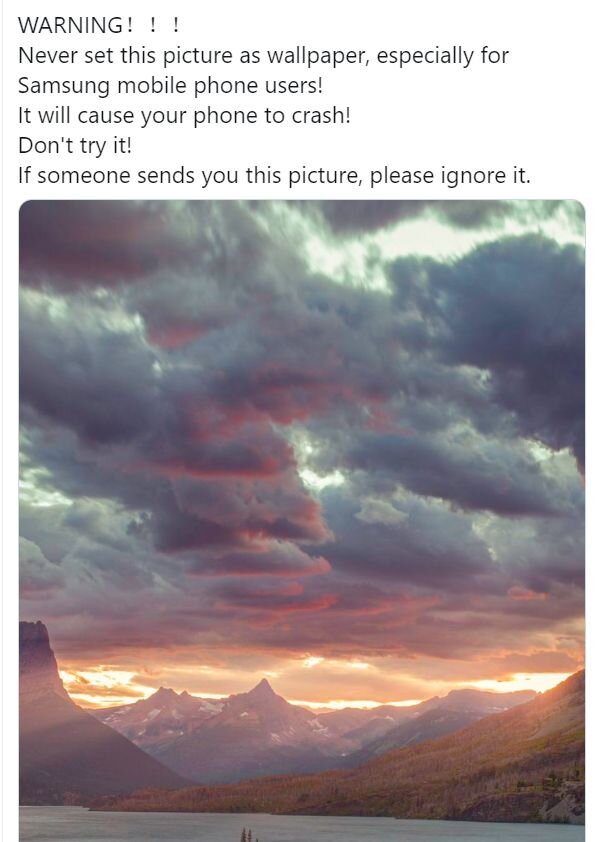 A picture may be worth a thousand words, but apparently one image is worth potentially thousands of headaches for Android users recently. The noted tech information leaker Ice Universe this weekend posted a warning about an image that if set as wallpaper will soft-brick Samsung and Google Pixel phones. Soft-bricking triggers Android devices to continuously loop an action or freeze the unit.

This generally requires a factory reset. The fault does not appear to have been maliciously created. Rather, according to developers following Ice Universe’s Twitter thread, the problem lies in the way color space is handled by the Android OS.

The image was created using the RGB color space to display image hues, while Android 10 uses the sRGB color space protocol, according to 9to5Google contributor Dylan Roussel. When the Android phone cannot properly convert the Adobe RGB image, it crashes.