Potent malware that hid for six years spread through routers 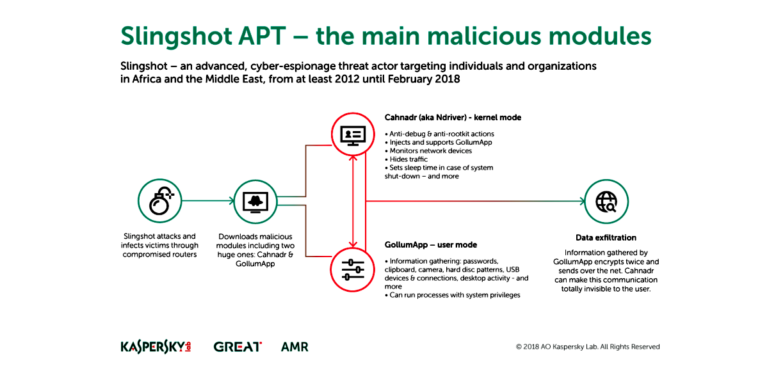 Slingshot—which gets its name from text found inside some of the recovered malware samples—is among the most advanced attack platforms ever discovered, which means it was likely developed on behalf of a well-resourced country, researchers with Moscow-based Kaspersky Lab reported Friday. The sophistication of the malware rivals that of Regin—the advanced backdoor that infected Belgian telecom Belgacom and other high-profile targets for years—and Project Sauron, a separate piece of malware suspected of being developed by a nation-state that also remained hidden for years.