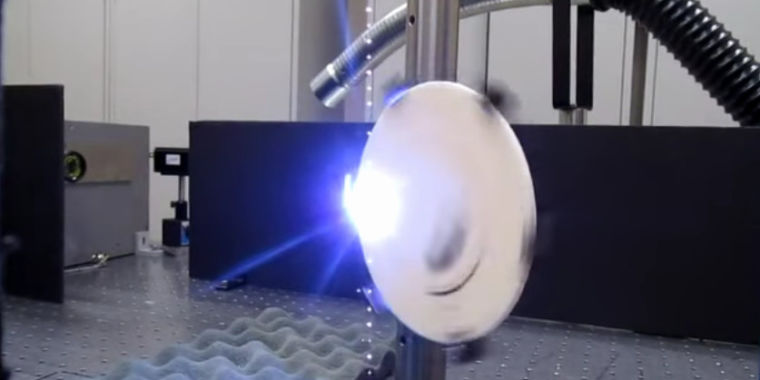 The Non-Lethal Laser-Induced Plasma Effect (NL-LIPE) system can be used to manipulate air molecules, creating a ball of plasma that oscillates to create sound waves with a stream of femtosecond-long laser bursts. A first laser creates the plasma ball, and a second then oscillates the plasma ball to create the sound. As Defense One’s Patrick Tucker reports, the current Laser-Induced Plasma Effect implementation can only manage an indistinguishable mumble—though it can create a wide variety of very distinguishable sounds, as demonstrated in the video below.