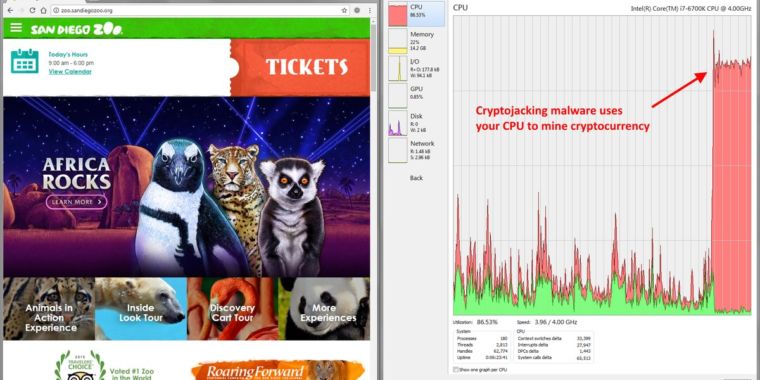 A mass hacking campaign that targets a critical vulnerability in the Drupal content management system has converted more than 400 government, corporate, and university websites into cryptocurrency mining platforms that surreptitiously drain visitors’ computers of electricity and computing resources, a security researcher said Monday. Sites that were hacked included those belonging to computer maker Lenovo, the University of California at Los Angeles, the US National Labor Relations Board, the Arizona Board of Behavioral Health Examiners, and the city of Marion, Ohio, Troy Mursch, an independent security researcher, told Ars on Monday. The Social Security Institute of the State of Mexico and Municipalities, the Turkish Revenue Administration, and Peru’s Project Improvement of Higher Education Quality were also affected.

The US had the largest concentration of hacked sites, with at least 123, followed by France, Canada, Germany, and the Russian Federation, with 26, 19, 18 and 17, respectively.